Cannabidiol (CBD): All You Should Know 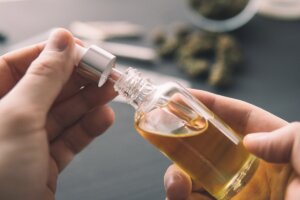 Cannabidiol has burst onto the natural health scene due to its long list of purported benefits and uses in treating a wide range of health conditions. Cannabidiol is one of the 85+ compounds found in hemp and marijuana that are collectively known as cannabinoids. Cannabidiol, or CBD, is a non-intoxicating compound in marijuana and hemp that, unlike its fellow cannabinoid THC, does not have psychoactive effects. It does, however, have reported beneficial impacts on human health and has been used to treat conditions such as chronic pain, anxiety, neurodegenerative conditions, skin conditions, and seizures.

There are many people who claim that the best CBD products can provide effective relief with very few side effects. However, many claims made regarding this seemingly miraculous compound are anecdotal and have not yet been supported by a large body of scientific studies. Therefore, it can be difficult for newcomers to wholesale CBD products to discern fact from fiction. Keep reading to learn what you should know about cannabidiol and its reported benefits for many health conditions.

CBD Oil from Hemp Is Legal

Though for years all hemp-derived products were grouped in with marijuana and therefore prohibited by law, CBD derived from hemp is now fully legal for use. While some states have legalized marijuana and all its compounds for medical or recreational use, the federal government continues its prohibition on THC usage. However, CBD derived from hemp is legal everywhere, and therefore usage of it is completely legal as well.

CBD Works With the Body

One of the reasons for the low occurrence of side effects and incredible efficacy of CBD is that it works in harmony with the human body. Cannabinoids that derive from plants are called phytocannabinoids, while the human body itself produces similar compounds known as endocannabinoids. Endocannabinoids elicit and control many chemical reactions in the human body. For example, one endocannabinoid known as anandamide activates the CB1 receptor. Activation of the CB1 receptor has many positive effects such as depression relief, myelin formation in the nervous system, decreased inflammation, decreased anxiety, and reduced blood pressure. Anandamide is broken down by a compound known as FAAH, but CBD limits the presence of FAAH and makes more anandamide available to create the aforementioned positive effects.

CBD Is Used to Treat Many Conditions

The list of conditions that have been treated with CBD is long. Though there isn’t a wealth of scientific evidence to support the use of CBD therapies for every health condition that may be relieved by the compound, the anecdotal evidence is encouraging to many who seek a natural, low impact but effective way of securing good health. Among the conditions that are being treated with CBD are chronic pain, neuropathic pain, multiple sclerosis, ALS, Parkinson’s, inflammation, acne, dyskinesia, psoriasis, depression, cancer, diabetes, rheumatoid arthritis, nausea, anxiety, epilepsy, ADHD, cardiovascular disease, IBS, and schizophrenia. 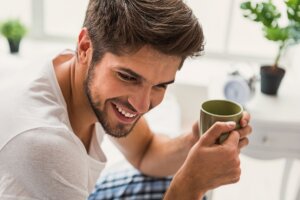 CBD Is Safe to Use

Because of the way that CBD works with the human body’s own endocannabinoid system to provide results, it’s largely considered safe when used therapeutically. Though it’s always a good idea to consult with your doctor before beginning any allopathic or holistic health therapy, CBD has rare incidences of mild side effects, especially when compared to many of the conventional treatments used for the same conditions. Mild side effects such as irritability, nausea, and fatigue have been attributed to CBD by some users, though complaints about those side effects are infrequent. CBD can react with the blood thinner coumadin and amplify its effects, which is important to note. Also worth noting is that it’s important to find a reputable source of CBD to ensure that the quality and purity are up to industry standards. Since CBD is unregulated by the FDA as a drug, the concentration of active ingredients and purity of the CBD could be questionable if obtained from a questionable source.

For many who suffer from a wide range of health conditions, CBD has proven to be a low impact, effective treatment that brings relief. Despite any confusion about its origins, its legal status, and how it works in the human body, CBD continues to rise in popularity as word spreads of its benefits. To learn more about CBD, contact Honey B Healthy Living at (877) 242-2343.